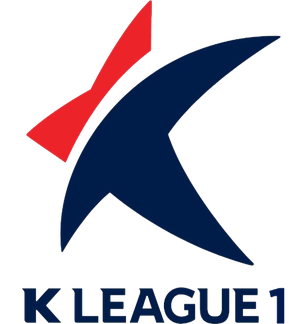 The K League 1 (Hangul: K리그1) is the men's top professional football division of the South Korean football league system. The league is contested by twelve clubs.

The Super League was renamed the "Korean Professional Football League", and introduced the home and away system in 1987. It was once again renamed the "K League" in 1998. It had the current format by abolishing the K League Championship and the Korean League Cup after the 2011 season, and being split into two divisions in 2013. The first division was named the "K League Classic" while the newly created second division was named the "K League Challenge" and both are now part of the K League structure. Since its creation, the league has expanded from an initial 5 to 22 clubs. Of the five inaugural clubs, only Yukong, Pohang and Daewoo still compete in the K League; Kookmin Bank dropped out of the league at the end of 1984, and Hallelujah followed the season after.